At once a contemplative search for traces from the past and a voyage of discovery: up until the 1950s more than 300,000 Jews lived in Morocco, including the family of the filmmaker Simone Bitton. She drives across the country, visiting cemeteries and the remains of Jewish quarters and synagogues. At the same time, she discusses Jewish-Muslim relations with the locals who lovingly care for this abandoned heritage.

"By looking for the past, we always film the present. ZIYARA travels through time and space; but it’s obviously the Morocco of today that appears in front of my camera ..." (Simone Bitton) 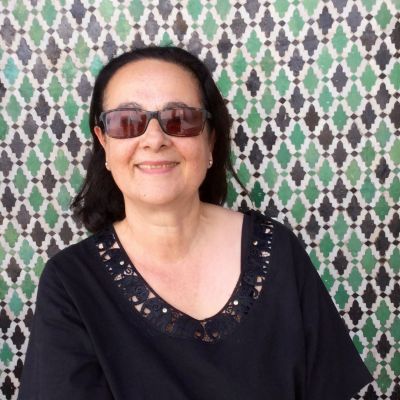 BIO Simone Bitton was born in Morocco in 1955. She pursued film studies in France, graduating from IDHEC in 1980. She has dual Franco-Moroccan nationality and lives between Rabat and Paris. Simone has directed two feature-length documentaries distributed in movie theatres across France and in a dozen other countries: WALL, in 2004, and RACHEL, in 2009. Previously, she made more than fifteen documentary films for television (see attached filmography). With styles ranging from archival montage to cinematic meditation by way of the personal quest or portrait of a writer or musician, her films reflect a human and professional commitment to better understanding current events, history, and the cultures of North Africa and the Middle East. Her commitment is also one of strict rigor, artistic ambition, and confident personal perspective. Since 2014, she has worked as an associate professor in the film studies department of the University of Paris 8 (Vincennes-Saint-Denis). She regularly teaches courses and gives documentary workshops in various institutions in France and in Morroco. 2008 RACHEL - produced by Cine-Sud Promotion Berlinale Forum - Tribeca Film Festival New York - Cinema du Reel Paris - Hotdocs Toronto - Bafici Buenos Aires Sarajevo film Festival 2004 WALL - produced by Cine-Sud Promotion, Director’s Fortnight, Cannes 2004 - Sundance Film Festival 2005 (Jury’s special Prize, World documentary competition) - Jerusalem International Film Festival (Spirit of Freedom Award for best Documentary) 2003 RAMALLAH DAILY - Series 20 x 5’ - collective directing - Produced by Channel Four and Article Z BEN BARKA: the Moroccan Equation- produced by Article Z, Arte and RTBF.