Walter Kaufmann's life journey, taking him from Great Britain, Australia, Cuba, and the USA to East Germany, is akin to that of a character in a novel. He wrote successful novels and reports, witnessed the events of the 20th century, travelled half of the world and remained both political and recalcitrant until his death. This haunting portrait of a witness to history reflects on world history from a personal perspective. 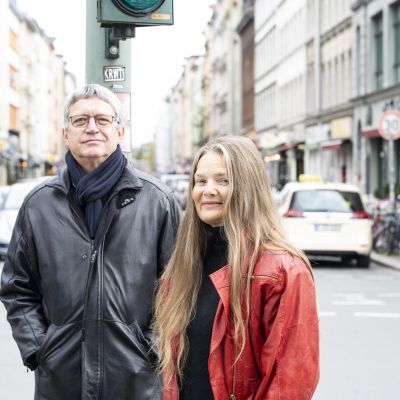 BIO Karin Kaper and Dirk Szuszies founded the ZATA Theater together in the mid-80s and were active as actors, directors and authors in the independent theater sector in Munich, Berlin and internationally until the end of the 90s. Since 2000 they have dedicated themselves full-time to the production and self-distribution of documentary films. "The Last Mahadevi" about the fate of an Austrian woman who lived in Burma as a princess was their first joint directorial work. This was followed by award-winning documentaries that were invited to festivals worldwide, such as "Resist!" and "Another Glorious Day" about the New York Living Theatre and its Jewish founder Judith Malina. Subsequently, the feature film "But Life Goes On" was released, which deals with the topic of flight and displacement in a very personal way. 2015, the cinema documentary "Berlin East Side Gallery" celebrated its highly acclaimed world premiere. As part of the European Capital of Culture 2016, the premiere of the film "We are Jews from Wroclaw" took place in Wroclaw. Since then, the film has been invited internationally to major film festivals. The cinema documentary "Walter, welch ein Leben!" about the German-Australian, Jewish writer Walter Kaufmann is the eighth production to be released nationwide by Karin Kaper and Dirk Szuszies in self-distribution.