Based on a black book, never published during the Soviet period, on the murder of Jews across the then territory of the USSR, this is a poignant, oppressive reflection on the role played by the Jewish people during Stalinism that also stands out stylistically.

In 1947, shortly before it was due to be published, the legendary black book on the genocide committed against Soviet Jewry was banned in the USSR. The compilation of materials, published by Ilya Ehrenburg and Vasily Grossman and based on eyewitness accounts of survivors of the death camps, did not align with the Stalinist doctrine of victimhood and furthermore broached the anti-Semitic sentiment then widespread amongst segments of the local Ukrainian, Belarusian, Russian and Lithuanian populations. The fates of the members of the Jewish Anti-Fascist Committee are also closely intertwined with the history of the book: Fifteen of them were arrested in 1949, thirteen subsequently executed in 1952. This poignant documentary film combines archive recordings with animations and interviews.

original title The Mystery Of The Black Book

international title The Mystery Of The Black Book

german title The Mystery Of The Black Book 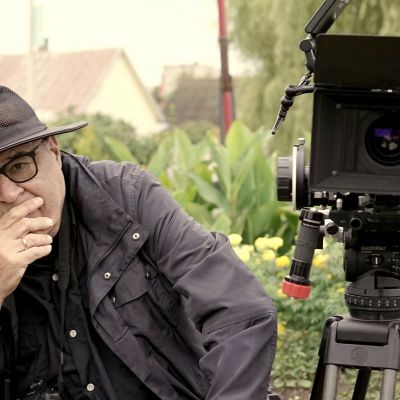 BIO Boris Maftsir is a Documentary filmmaker, born in Riga, Latvia. In 1970 Maftsir was arrested by the KGB. and was sentenced to one year in prison on charges of Zionist activity. He immigrated in 1971. Graduated from the first graduating class of the Department of Film and Television at Tel Aviv University. For years Maftsir worked as a producer in the Israeli film Service. In 2009 Maftsir founded and until 2014 managed the documentary film department at the Haifa WIZO Academic Center. In recent years Maftsir has been working exclusively on a documentary project on the Holocaust in the Soviet Union.