After what appears to have been an attack, bodies of the deceased and wounded lay on the street in Israel whilst paramedics tend to the injured. It's just an exercise however. Director Idan Glikzelig gives a close-up account of how, employing a combination of pragmatism, fatalism and nonchalance, Israelis of all ages have come to terms with the country’s permanent state of emergency.

Fifth and sixth graders at a school in Israel have an important visitor: a soldier explains the dangers of rockets and shrapnel. In extensive workshops even the youngest in Israel are prepared for attacks or assassinations; the danger, after all, is omnipresent. The children answer questions, discuss and engage in role-plays to reinforce what they have learned. Adult soldiers and civilians also regularly simulate emergencies in exercises, in order to avoid panic in emergency situations. What began as a nationwide programme to promote a "culture of preparedness" has grown into a continuum, since in Israel you always have to be prepared for the worst. 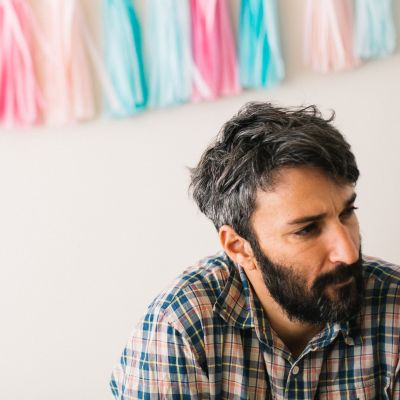 BIO Idan was born in Israel in 1979. graduated from the Jerusalem Sam Spiegel School with honours in 2010, winning his class’s ‘best cinematographer’ Award. His diploma film "Muscles", a 40-minute documentary was screened in at the “Doc Aviv film festival”. Since his graduation, Idan has Filmed over ten documentary feature films for the leading broadcasting channels in Israel, shot many music videos and other cross-genre projects. worked as a screenwriter in Ari Folman’s new TV series “the mutiny” (pre-production), While developing his own projects as a writer and a documentary director. he is happily married to Jasmin and father to Noah and Hillel. “State of Emergency” is Idan’s first documentary feature film.