Community or self-realisation: 60-year-old Cleo runs a farm in rural Brazil together with his extended family. The clan lives a commune-like existence and practices a highly individual form of Judaism. When the children discover their Jewish roots and want to move to Israel however, Cleo perceives a threat to his life's work. Which is the Promised Land now?

Back in 2009, Cleo made his dream a reality by constructing a farm, together with his family, in the Brazilian state of Minas Gerais. Seven hours away from the metropolis of São Paulo, he now leads a self-sufficient existence alongside his wife Anita, 15 children and numerous grandchildren. Since reading the Torah at the age of 19, Cleo has practiced a very individual form of Judaism. Later, however, his children learn that the family is in fact descended from Portuguese Jews, the Marranos. Subsequently, some of them want to officially convert to Judaism and make their Aliyah, that is emigrate to Israel. What will become of Cleo's laboriously worked out rural idyll? In this fascinating documentary, director Ofer Freiman observes the family up close as he depicts the antagonism that exists between two conflicting desires; between solidarity and self-realisation. 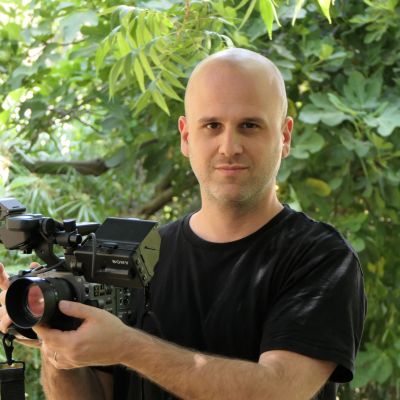 BIO Ofer Freiman (38), born in Jerusalem, currently lives on a kibbutz in the Upper Galilee in northern Israel. Graduated with honors from the Film & Television Department at the Tel-Hai College. For the past decade Ofer has been working as a director, cinematographer, editor and film producer. His short documentary "Ruth" (30 min.) was an official selection of Docaviv Film Festival 2012. "Leaving Paradise" is his debut full-length documentary, on which he worked for close to 6 years. The film won "Best Film Award" at the Haifa Int. Film Festival 2020.