Almost as if by miracle, workers tasked with cleaning up a former concentration camp in 1945 stumble across a surviving baby. Decades later we meet her again as Éva in Berlin, where the now Hungarian woman’s daughter confronts her both with her past and her Jewish identity.

Director Kornél Mundruczó and his screenwriter and wife Kata Wéber didn’t conceive of EVOLUTION a “classic Holocaust film", as he explained in an interview with the Hungarian journal Magyar Narancs in November 2021: "Eva, a child of the concentration camps, represents the first and second generation of Holocaust survivors, her daughter the third. And yet whilst the first two generations were shaped by the experiences of survival and concealment, acceptance and disavowal predominate amongst members of the third. Our goal with the film was to explore these reactions and present as broad a spectrum thereof as possible. In the process we also took into account what we ourselves have inherited from our families: both I as a non-Jew and Kata as a Jew.” 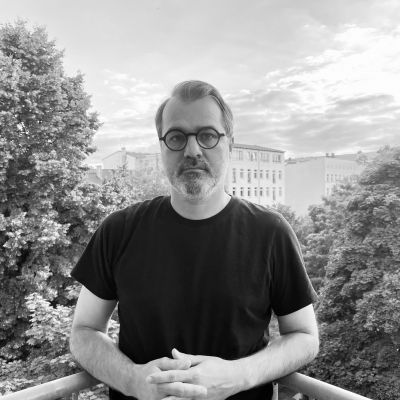 BIO Kornél Mundruczó is a Hungarian film director. Mundruczó studied film and television at the University of Theatre and Film Arts in Hungary. He is the founder of PROTON CINEMA. His first film PLEASANT DAYS (2002) won the Silver Leopard at Locarno; his subsequent films all premiered at the Cannes Film Festival. JOHANNA (2005 in the "Un Certain Regard" section), DELTA (2008 in competition, winner of the FIPRESCI Prize), TENDER SON (2010 in competition), WHITE GOD (2014, winner of the "Un Certain Regard" section), JUPITER'S MOON (2017 in competition). In 2020, he presented his first English-language film, PIECES OF A WOMAN, which premiered at the 77th Venice International Film Festival and won the Young Cinema Award and the Volpi Cup for Best Actress. The film's success was crowned with an Oscar nomination in 2021.