The best hide-out is the place where you can be seen. True to this motto Cioma and Det, two young Jewish men in Berlin in 1942, refuse to lose heart. Dressed in uniforms of the German Navy they flirt and dance with members of the opposite sex as they try to enjoy life in spite of its arbitrary nature. Based on the real-life story of Cioma Schönhaus, this work from filmmaker Maggie Peren tells an unusual tale of courage, chutzpah and daring resistance.

Cioma lives alone in the family’s bourgeois Berlin apartment now his parents have been deported to the “work camps” in the East. He takes in his friend Det. Together they brave everyday life with a sense of defiance; they are actually supposed to wear the yellow star at all times and are not permitted to go out and yet, proving themselves true masters of disguise, they assume new identities and refuse to have their right to party taken away from them. The danger of being discovered grows with every passing day however. What’s more, Cioma is involved in the resistance; he forges passports in order to enable Jews to survive.
With this film, narrated most unconventionally, about unshakable optimism and courage during the darkest days of the Nazi era, German cinema has succeeded in delivering an original and surprising history lesson. 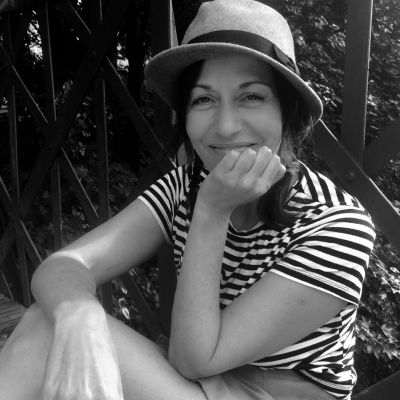 BIO Maggie Peren was born in Heidelberg on May 17, 1974. She studied German and English literature as well as psychology at the LMU in Munich. She has been a successful screenwriter since 1999. She has penned numerous award-winning films, including her first screenplay "Vergiss Amerika," filmed by Vanessa Jopp, and the RAF thriller "Das Phantom," directed by Dennis Gansel. Her first commercial screenplay, "Mädchen Mädchen" (2001), attracts nearly two million moviegoers. For the historical drama "Napola - Elite für den Führer" (2004), she and Dennis Gansel receive the German Film Award for Best Screenplay. Her other screenplays include "Kiss and Run" by Annette Ernst (Grimme Award 2015), Detlev Buck's "Hände weg von Mississippi" (German Film Award 2007), Marc Rothemund's "Dieses bescheuerte Herz" (2017) or the thriller "Nocebo" filmed by Lennart Ruff which won the Student Oscar® in 2014. In 2004 Maggie Peren realizes her first own short film "Hypochondriac", three years later she makes her feature film debut as a director with the comedy "Stellungswechsel" (2007). This is followed in 2010 by the refugee drama "The Color of the Ocean," which premiered at the Toronto International Film Festival and later won the Bavarian Film Award - "VGF Nachwuchsproduzentenpreis" and "Friedenspreis des Deutschen Films". In 2020, her comedy "Hello Again - Ein Tag für immer" was released. DER PASSFÄLSCHER is Maggie Peren's fourth directorial effort.