Resistance caught between the conflicting demands of morality and orders. Ukrainian-Jewish partisan fighter Leonid Berenshtein and his unit not only sabotaged German ammunition trains but also, in 1944, managed to pinpoint the exact location in Poland of one of the Nazis’ secret V2 missile facilities. And yet, at the same time, he was often unable to intervene in massacres committed against civilians. This feature film, shot in Ukrainian and Russian, comes complete with interviews conducted with Berenshtein shortly before his death. The resulting work is a study of wartime resistance and morality that is as complex as it is bitter.

Kyiv in autumn, shortly before the city was taken by German troops. Jewish soldier Berenshtein manages to reach the partisans. Often keeping his Jewish identity a secret, he ends up leading a unit, learns to be hard both on himself and his subordinates, and refuses to tolerate looting or rape in his ranks. Helplessly he looks on as a village and its inhabitants are burned to death by German fascists. Later, he sabotages German lines of communication and is tasked with scouting out the secret location of the V2. When he learns that the Nazis intend to murder all of the Jewish inmates of a nearby camp, he is forced to make a choice between his conscience and an order... Shortly before his death and from the confines of his small apartment in Israel, the elderly veteran recalls his time spent with the partisans in the forests of Poland and the Ukraine. 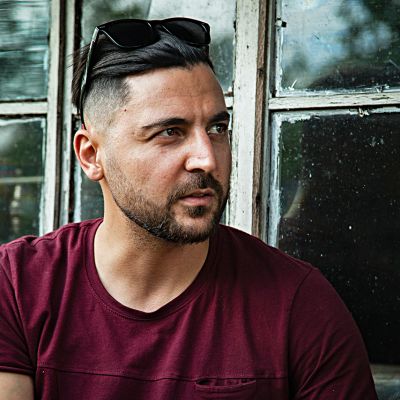 BIO Roman Shumunov is an award winning Israeli director, screen writer and editor. He is graduated with honors Film&Television studies in Sapir Academic College, and has been titled more than once — as one of the most promising young directors in Israel. In 2016, his documentary debut film “Babylon Dreamers” opened the DocAviv International Film Festival and won first prize. In 2018, he made his narrative feature film “Here and Now”– Ophir Award(Israeli Oscar) winner . With his third film, which came out in 2020, Roman returned to documentary filmmaking, with his greatly valued film “Back to Chernobyl”.