A friendship comes up against a stumbling block. Bobby Lax is the son of a Holocaust survivor. When he travels to Berlin, the city of his father's birth, he encounters a world of contrasts that brings forth conflicting emotions, as he explores both his own family history as well as that of his friend Manuel; of German descent, the latter is a great-nephew of Veit Harlan, the notorious director of "Jud Süß".

As a 15-year-old, Edgar Lax, a Jewish boy based in Berlin, was able to escape to England via Amsterdam shortly before the outbreak of the Second World War. His parents however were murdered in Auschwitz in 1943. Neither during his childhood nor in subsequent years did Edgar's son Bobby speak to his father about his past. After his death however he finds a suitcase containing letters from his grandparents to their son in England as well as Edgar's war diary. When Bobby goes to Berlin in search of clues, he is accompanied by best friend Manuel, and yet the latter turns out to be the great-nephew of Veit Harlan, the notorious director of the anti-Semitic Nazi propaganda film "Jud Süß". Thus, the journey develops into a highly emotional tour de force that puts the pair’s the friendship to the test in this moving documentary about discovery, family, friends and stumbling blocks that even features Stanley Kubrick.

original title Back In Berlin

international title Back In Berlin

german title Back In Berlin 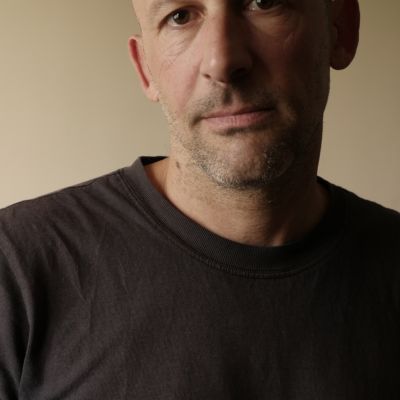 BIO Bobby Lax is a seasoned TV director who started his career whilst still in England, in the social action department of Granada TV, one of the UK’s leading independent networks. After moving to Israel in 1992, he worked as a director at Israel Educational Television for 6 years, until moving on to develop a freelance career. Over the years he worked on a wide range of major TV productions, from satire & game shows to commercials & cookery shows. He was part of the founding team & in-house director of the highly successful “Hop!” children’s channel, and in latter years has returned to his passion for quality children’s programming, developing and co-creating several award winning TV series’. “Back in Berlin” is his first full length documentary film.