A belated reunion. In January 1995, Ida, who has lived in Chicago for over 30 years, makes a phone call to Poland. She is looking for her twin brother Adam, from whom she was separated in 1942 when they were but three years old. Ida survived by hiding with a Polish couple; Adam survived the concentration camps and was later adopted. The two siblings tell their incredible life story and recall how they were able to find their way back to Judaism in spite of having been baptised, their foster parents’ anti-Semitism, and later having been issued with forged birth certificates with new names.

Director's Note, Jan Tenhaven:
„No, there can be no closure, and the film is meant to be an unspoken plea to see and learn
from the gaping wounds torn by the Nazis' racial mania. Especially now that elected rightwing
German politicians are ranting about a "turnaround in remembrance policy" and the
Holocaust memorial as a "monument of shame" and when Jews are again being beaten up
on the streets here in Europe.
Yet the film is not meant to be a political film, but a deeply humanistic one. It is a small story
that tells the incomprehensible horror of the past and what is already brewing again today,
but that is not explicitly the main subject. It is about Adam and Ida, in whose story the old,
the new, the in-between and the new old are reflected as if in a burning glass.“ 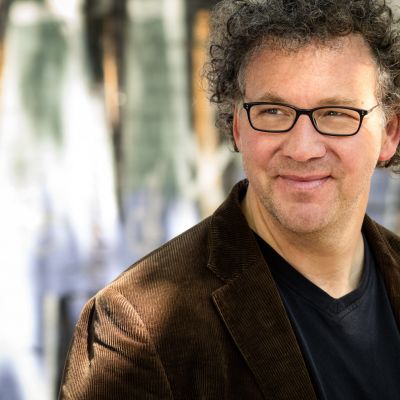 BIO Jan Tenhaven is an award-winning writer and director of documentaries and non-fiction television programmes. He has a passion for exploring the stories of most fascinating people in our society and telling their personal stories in a respectful and unique way. When not exploring the human condition, he also specializes in creating programmes that focus on nature and our surrounding environment, the sciences, and travel. His documentaries has been shown on ARD, ZDF, Arte, 3Sat, BBC2, YLE, VPRO, NHK, Amazon Prime Video, Netflix and other outlets.