Thirty-two children from an Israeli school class pose for a photo in 1988. When they part ways they have been shaped by experiences of war and yet remain full of hope for peace. Yael Reuveny is the only one to leave Israel and today lives and works as a filmmaker in Berlin. In Super 8 shots of a peaceful childhood and in pertinent short portraits of her classmates from the time, she explores her relationship towards the founding generations of Israel and thus reflects on her own concept of self. 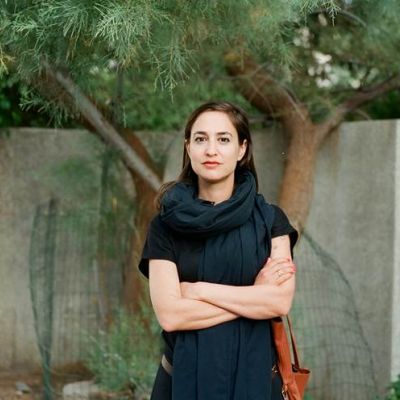 BIO Born and raised in Israel, Yael Reuveny started studying in the Sam Spiegel Film & Television School in Jerusalem in 2000. Since her graduation in 2005, Yael has directed been living and working both in Germany and in Israel. 2009 TALES OF THE DEFEATED - documentary that had its international premiere at Visions du reel, Nyon and won several awards, among them the first prize in the Jerusalem Film Festival and the Discovery award and DEFA Award at Cottbus Film Festival. 2013 FAREWELL, HERR SCHWARZ” (“Schnee Von Gestern”) has since won several prizes, among them the award for outstanding German documentary in DokLeipzig and the Best documentary award in Haifa International Film Festival and was nominated for the Ofir - the Israeli Academy award and won the Israeli Documentary Filmmakers Award. 2020 PROMISED LANDS - documentary Parallel to her work as a documentarian, Yael is also the creator of museum video installations, among them “TUNICATA” (2017) that was shown in the Martin Gropius Bau Berlin as part of the Ulra+ exhibition and “MESUBIN” (2020) a 21 screen installation that closes the new permanent exhibition in the Jewish Museum Berlin.